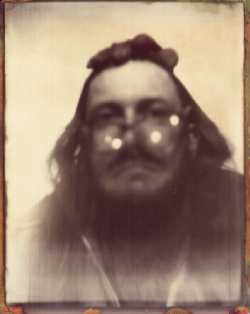 A work in progress

Journals are improvisatory writing and contain errors of fact & omission. Please keep that in mind as you read.

The ideas for Erzsébet are coming together, just in the last few hours. Elizabeth herself will be the center of the apparent, surface tale, but her mysterious, older, sadistic lover Anna Darvulia will dominate (like Erda in The Ring or Countess Geschwitz in Lulu) from the psychological offstage. The actions of at least one act (or all of it if the opera is short) will explore the death of Ilona Harczy, who Elizabeth tortured in Vienna. The story will relocate the singer to Csejthe Castle and make a few other historical revisions.

Ferenc Nadasdy will be entirely absent from the action, implicit only in the fact of the children Anna, Ursula, Katharina and Paul. Elizabeth's sense of motherhood will be sharply contrasted, and the fact of three female children will heighten the tension of loving mother vs. brutal torturer. The presence of their wetnurse, Helena Jo, is crucial to building that dichotomy (an irony itself); the other female servants are Katharina Beneczky ("Kata") and Dorothea Szentes ("Dorka"). Dorka is important in the short story, "The Bloody Countess", but, aside from her articulateness, will not have the same centrality. Also absent (other than Ferenc) will be Elizabeth's sometimes lover Gyorgy Thurzo and her early lover Ladislas.

The insignificance of the male characters is striking; this I plan to underscore by dropping their presence as well. What to do about János Ujvary ("Ficzko"), the deformed male servant, procurer and torturer? He can't be dropped, I don't suppose, but with (so far) an all-female cast, how he will fit I am not certain.

The fictional prayer of Elizabeth (McNally, p.66) could be a wonderful moment, and it may be perfect to use the original Hungarian for this alone (counterpoint with English?): this is the queen in Snow White, of course, and will be a striking counterpoint to our modern Disneyland view to have her sing it honestly, lovingly and convincingly. We must have a real sympathy for Elizabeth as a woman, as a mother, and as a beauty before her horror and tragedy will appear as intolerable as it really was.

Act II's conclusion will be a triptych: Elizabeth's prayer begins with subtle accompaniment, as a string and a sax, demonstrating both the politics--the warring zone between the Hapsburgs in the West and Süleyman in the East--and evoking our sympathies for her. After the solo, light rises to reveal, in the West (stage left) the court of Elizabeth I, accompanied by the strings playing senza vibrato sul ponticello, in imitation of viols and in a quasi-Elizabethan style. This duet is a contrast of sensibilities, but hardly as much as is to follow when the East (stage right) is illuminated to reveal the court of Süleyman himself, and the beginning of a trio with the eastern court accompanied by saxes played glissando/portamento as shawms. The trio continues until the appearance--subtly but with the full power of domination of mind--of Anna Darvulia. The now-quartet (Anna singing parallel two octaves from a contrabass string and contrabass sax) shimmers in light and darkness ... the Renaissance of Elizabeth I, the magnificence of Süleyman, the beauty of Elizabeth Báthory ... the shallowness of Elizabeth I, the arrogance of Süleyman, the fiendishness of Elizabeth Báthory. Anna rules, and prepares us for Act III.

Act I will introduce us, in one scene, to Elizabeth the beauty, the countess and the politician. Concluding Act I will be an exquisite quintet of Elizabeth, Helena Jo, and the three girl children. Anna Darvulia will have begun Act I in some way, but she will have vanished from the opera's attention by the time of this quintet, leaving the focus entirely upon the aspects of Elizabeth's character which are so remarkably noble and empathetic.

The treatment of Act III is a problem because Ilona, who will probably be introduced in Act I incidentally and again in Act II as a (positive) object of Elizabeth's interest, must be lured to Csejthe Castle, tortured and killed. And then, somehow without the plot complexities of the trial of Elizabeth (intimation only), her loneliness, imprisonment and death away from the world she loved must be pursued. Psychological characteristics not to be forgotten are beauty and vanity, paganism and christianity, the complex politics of the era (Budapest, two hours journey from Vienna by horse, had fallen to Süleyman's troops and was a provincial capital). The work must not degenerate into a weak psychodrama, a soap opera, a melodrama, or a morality play. It is crucial that the implicit schizophrenia of Elizabeth, and of all her dramatic successors and of her (and her successors' audiences!) be made accessible and comprehensible in a visceral way--like The Ring, like Lulu, like Slaughterhouse 5, like even Macbeth, the tragedy is in the humanity of Elizabeth--that she is us. Our intelligence is based on what we draw from others--it is our vampirism. Whether Hitler, Stalin, Vlad Dracul, or the minor vampires such as Donald Trump, we are Elizabeth in our love, our lust, and our ability to choose ourselves (in some way) over others.