an opera in three acts 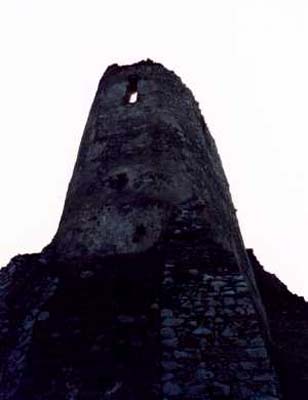 Present only by implication are:

During the entire opera, anonymous female servants pass behind a scrim and partake in unison with melodies in the orchestral music. They can be seen only as shadows -- life passing into the shadow of death.

All the action takes place at Csejthe Castle, except the church scenes, which are in Vishine (the village below Csejthe), and the trial, which is at Bicse [Bytca]. 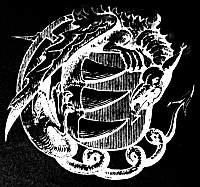 Scene 1. The curtain rises on the women's drawing room at a ball in Csejthe Castle, where political matters are discussed among all of Erzsébet's entourage, including the war between the Hapsburgs and the Ottomans, the absent warriors Counts Thurzo and Nadasdy, and the exploits of leader, lecher and empire-builder Istvan Báthory. We meet Erzsébet -- beauty, noblewoman, politician. Messages, good-humored pleas, and drunken propositions from the men are delivered by Ficzko, whose only appearance is in this scene.

Scene 2. It is still in the women's drawing room, where Erzsébet and Anna are alone as the ball continues outside. They are lovers, though it is clear this has been the case since Erzsébet's childhood. Erzsébet speaks of the burdens of leadership, her confusion of religions, and her explorations of multiple paths of love. Her madness is intimated.

Scene 3. Again it is the women's drawing room, after the ball has drawn to a close. Helena Jo, Dorka and Kata, plus a profusion of female servants, are reprimanded by Erzsébet. She has not drunk, though is alternately agitated and calm. Sexual energy drives this scene, though the practiced power of the nobility is what appears to be operating at the surface. The Act concludes with a quintet on the respective pressures of each one's life -- except for Anna, who weaves together the other texts into a lascivious cloak. 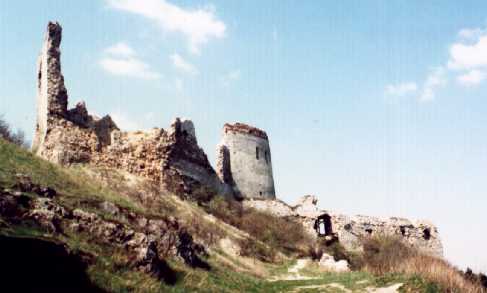 Scene 1. The curtain rises on Erzsébet's children's bedchamber (right part of an equally divided triptych), where she prepares them to sleep. She sings them old songs of love and dominion, and lullabies. Here she is a noble mother of profound depth, as well as prognosticator of their futures intertwined with the Hungarian monarchy. She sings the history of her family and her people as a gift to them.

Scene 2. The view moves to Erzsébet's torture chamber (left part of the triptych), where she appears in a soft white gown after having taken a bath. Her hair is wet, and in an inevitably unsuccessful attempt to dry her, several women servants are debased, brutalized and killed. Though the bloodletting itself takes place upstage and obscured, it is clear that this is torture and death. Erzsébet's gown gradually changes from white to red, and eventually it is thrown to the floor. Erzsébet holds the lead, punctuated with counterpoint from Helena Jo and Dorka, and with obbligato vocalise of the tortured servants. Other servants begin washing the walls as the scene ends.

Scene 3. The scene shifts to Erzsébet's own bedchamber (center part of the triptych), where she is enraged, bewildered, and becalmed. The two servants clean her, clothe her, and depart; the distant screams soften and become still. 'The Prayer of Erzsébet' concludes the Act in a complex dream sequence in which the two side panels reappear as Christian and Moslem places of honor and worship, and Anna is seen as a Pagan earth-goddess.

Scene 1. The curtain rises on the Vishine village church, a fragment of which is visible (as the upper right part of the scene) so as to see Erzsébet's royal entourage, and Ilona Harczy. The church scene is a mysterious combination of Christian and Pagan, and the scene is given to Ilona, whose hymn of praise is echoed in awkward intervals by Anna.

Scene 2. The scene illuminates Erzsébet's torture chamber, which now takes the entire main stage. Ilona has been invited to sing, but fear strangles her voice. Like the previous Act, the servants counterpoint the voice of Erzsébet, but this time the voice of Ilona leads. It is the torture and death of Ilona, and the scene concludes with the horror apparent, as Ilona's voice recedes to an exquisite whisper. 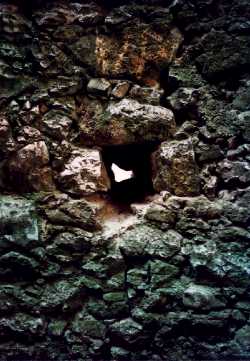 Scene 3. The action moves to the ramparts from which Ilona's body is thrown (as the upper left part of the scene). The voices of the shadowed women behind the scrim accompany the disposal of Ilona in a funeral march of vivid contrast to the actions of Erzsébet, Helena Jo, Dorka and Kata. They are poor pallbearers indeed. The voices inflame a final madness of Erzsébet. Her arrest is swift, offstage, leaving the ghostly voices to be overwhelmed by the ensemble.

The trial of Erzsébet, and her death, August 21, 1614. An orchestral postlude frames a brief, silent trial, which takes place in the village church, transformed to a hearing chamber. She is last seen in the center of the stage, alone, in the reeking travesty of her torture chamber. The curtain falls as the view of Csejthe today is projected on its surface.